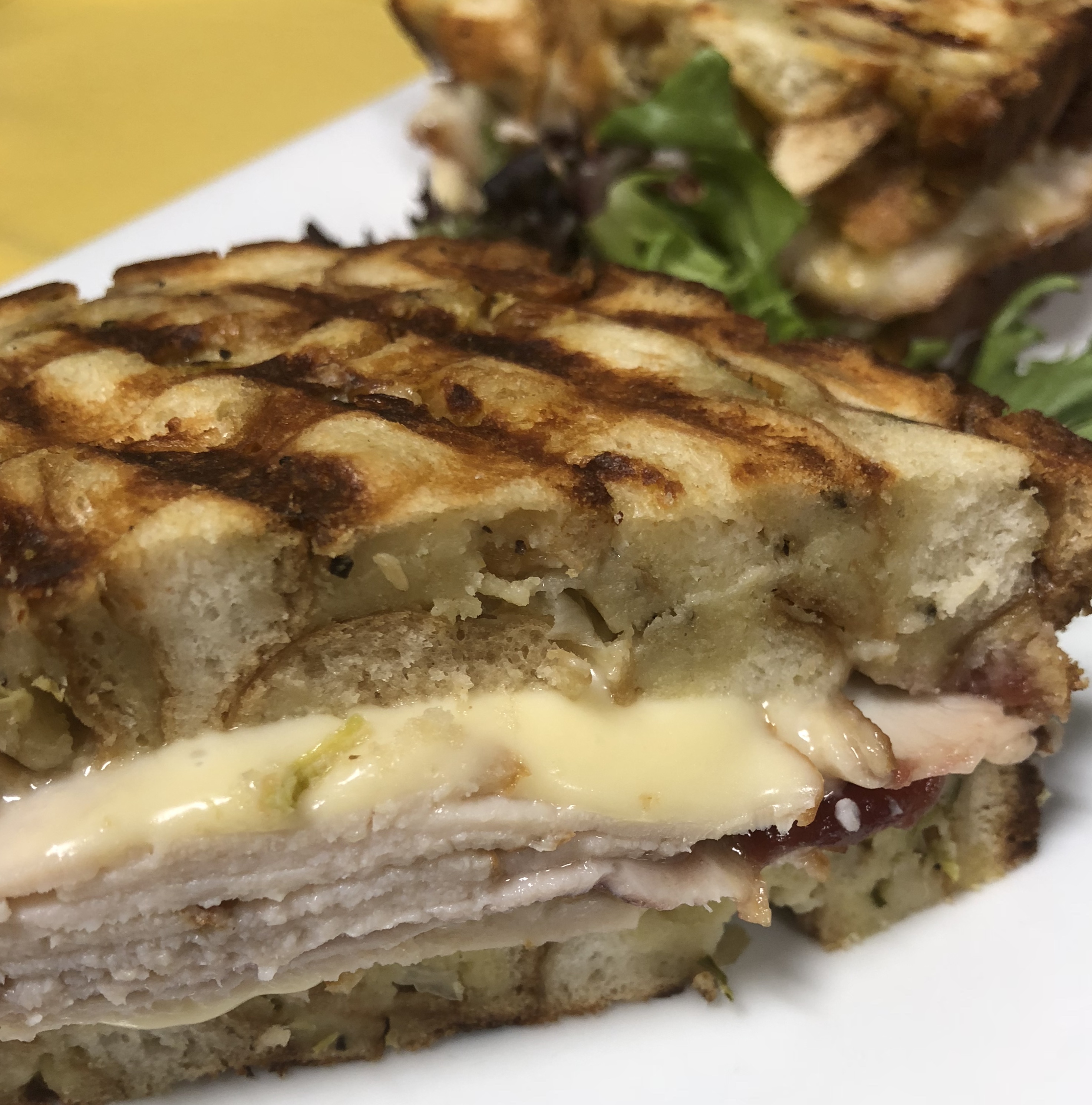 Fall has arrived and so have the menus and drinks. We are now entering the most colorful season of them all. Every coffee shop has a pumpkin something. While every other bar boasts of a crafty version of some witches brew. One of the most popular trends, in many eateries, is some type of Thanksgiving sandwich. They usually have a cute name like Gobbler, Pilgrim or Mayflower. But all versions are virtually the same at the end of the day. Consisting of turkey meat, cranberry sauce and stuffing smeared on a roll to replicate Thanksgiving day dinner. While most of these sandwiches are tasty, not all of them are created equal.

Case in point, The king of all Thanksgiving sandwiches can be found at DiFabio’s Market and Tap, located at 1243 N. Providence Rd in Media Pennsylvania. The most notable difference between DiFabio’s Famous Stuffed Turkey Sandwich and all the others is the bread. Because after all it is always about the bread! The bread itself is made of our savory stuffing. Which is baked in a bread pan, and cut into slices. Our store roasted delicious turkey is piled high with our signature cranberry sauce. Finished with melty American cheese, and served with a side of turkey gravy. Creating the enormous and one of a kind – Famous Stuffed Turkey Sandwich. We call it famous because it was featured in the Philadelphia Inquirer, but most important DiFabio’s loyal customers begin asking for the return of the sandwich once the first leaf turns to gold in late August.

(The Famous Stuffed Turkey is only available September through March.) At $11.50 the sandwich is not only delicious but, reasonably priced as you are sure to have some for the next day.